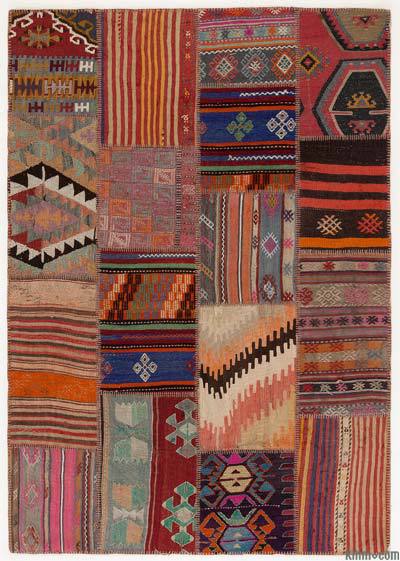 We have recently added one of the largest overdyed patchwork rugs we produced to date.
Almost 100 distressed pieces from vintage Turkish rugs were hand-stitched to produce this unique blue-green rug. 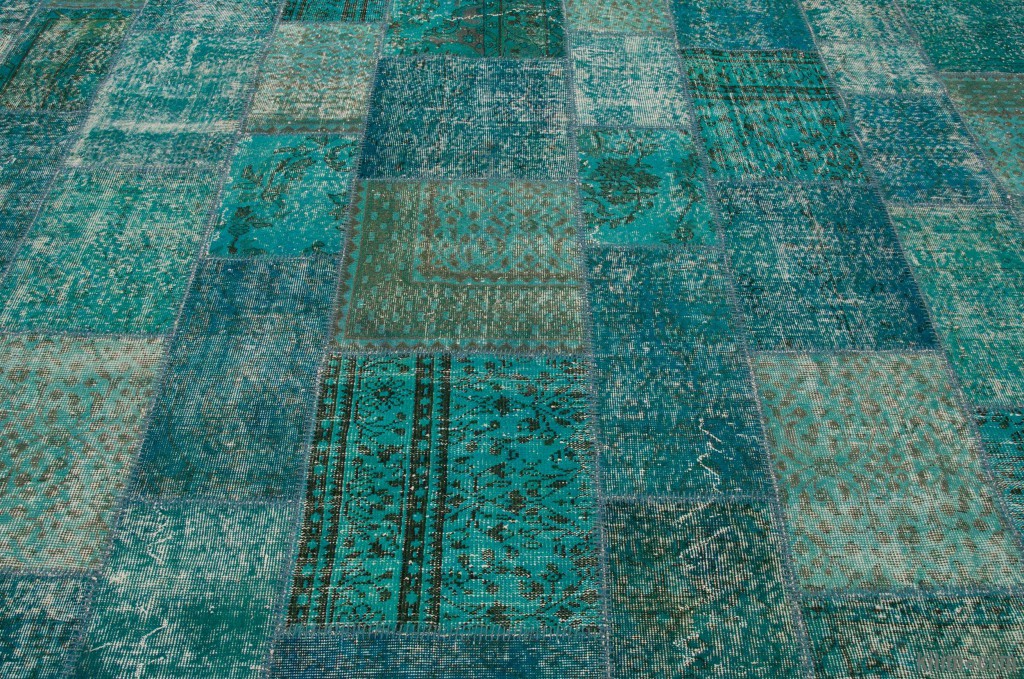 We have added over sized, over-dyed vintage Turkish rugs to our inventory with different color options. Here are few examples: 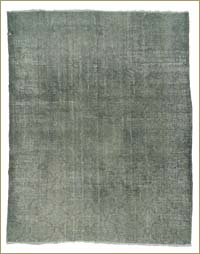 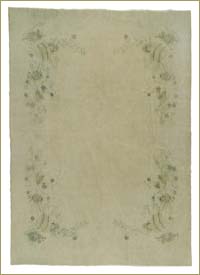 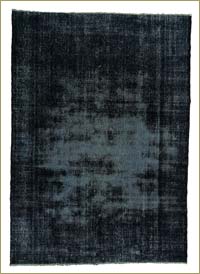 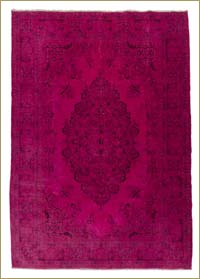 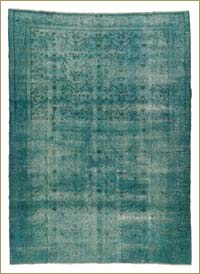 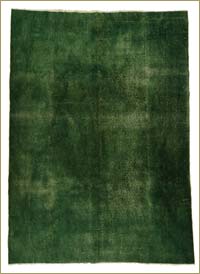 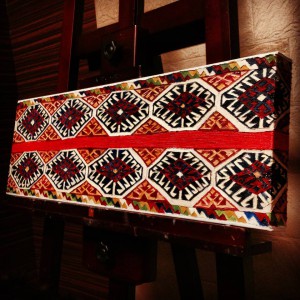 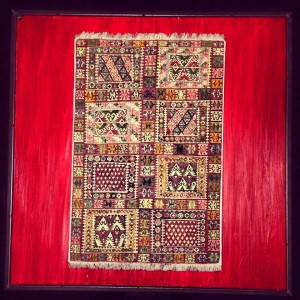 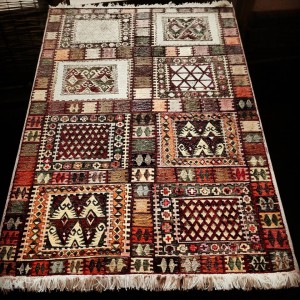 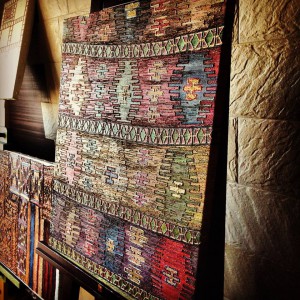 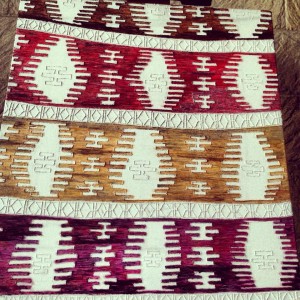 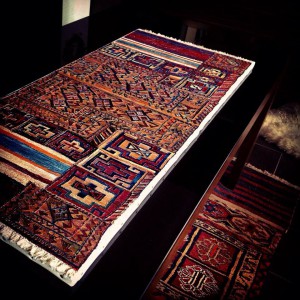 One of Istanbul’s most iconic sites, the Haghia Sophia, is now home to some of the country’s most majestic carpets after the General Directorate of Foundations’ Carpet Museum was transferred to the famous former religious site in Sultanahmet.

The Foundations Carpet Museum Collection, which has one of the world’s richest carpet collections, is made up of carpets, as well as other historical and artistic treasures donated to mosques, shrines and Islamic complexes.

The most unique carpets, rugs and Caucasus carpets, which were weaved between the 14th and 20th centuries in various weaving centers in Anatolia, are in the museum collection, which ultimately includes 806 carpets, 394 of which are historical carpets. Some 506 carpets and 112 kilims were cleaned between 2006 and 2010 while 105 carpets and 61 kilims were restored over the same period. 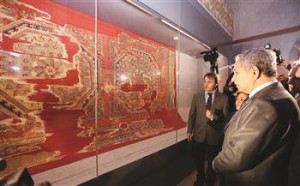 Forty carpets and rugs, which were chosen from among the rarest pieces in the collection, are being displayed in three different galleries chronologically and according to their design groups.

The museum was established in accordance with techniques that are current in the administration of contemporary museums to keep and preserve the artifacts for subsequent generations. High-quality materials such as security windows, electronic panels, modular shop windows, heating and cooling systems, touch screens and kiosks have been used for the museum and the display of the carpets.

The Istanbul Carpet Museum was first opened on April 29, 1979, at the Sultanahmet Mosque’s Hunkar Kasri, but because the kasir was ultimately not suitable for displaying the carpets, a decision was made to reopen the museum in the Hagia Sophia İmaret building.

The Imaret building was built between 1742 and 1743 in the northern part of the Hagia Sophia by Sultan Mahmud I, originally to act as a soup kitchen for the poor. The front entrance of the Topkapı Palace is in the east of the Imaret, while the Ahmet III Fountain is in its eastern section. Between the İmaret’s courtyard and the Hagia Sophia is the Treasure House, a Byzantine structure. According to some researchers and historians, the İmaret building was constructed in the fourth century, although others suggest that the structure was constructed in the fifth or sixth centuries. This structure mostly served as a storeroom starting from Mahmud I’s reign until the 19th century. It subsequently served as an archive building. The İmaret building was restored in 1777, 1871, 1884 and 1893. After 1920, it served as the archive of the General Directorate of Foundations. A comprehensive restoration was carried out in 2006 and 2007, while museum merchandising work was conducted in 2010. In total, nearly 4.5 million Turkish Liras were spent on repairs on the building. 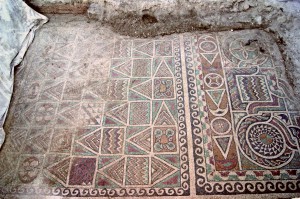 Jessie Webster is a photographer and blogger and her lovely house was featured at Design Sponge. We were delighted to see that one of our kilims was laying under her dining table. Thank you Jessie!